The Sky’s the Limit? Imagining the Elevator Tech of the Future…

If you were tuned into our blog back in September, you might have seen this great post about how elevators have shaped the skylines of the modern world. Looking back from our 21st Century vantage point, there’s no doubt that the mighty lift has also been instrumental in driving architectural design trends… and all of that has to make us wonder: what’s next?

Well, get out your crystal balls and join us as we gaze into the future and try to imagine the new elevators of the years to come, and the architectural changes that they’ll bring with them. 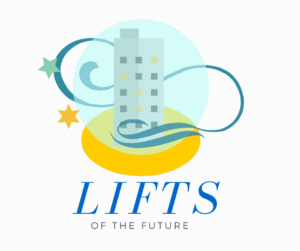 Although lifts are pretty much responsible for allowing us to build our towering skyscrapers in the first place, as they help people to navigate buildings that would otherwise stretch far out of reach. That said, some architects have also started to get frustrated with the limitations of the modern lift – they can only go up so high, after all, since after a certain point the rope systems become unable to support the elevator itself. 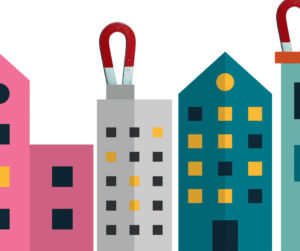 In steps MULTI, a company currently innovating the world’s first magnetic lifts. According to expert Julian Olley, these work ‘like a train on tracks’ and, theoretically, allow the shaft to just keep going up. In turn, this means that architects have free reign to push their ideas, and their designs, far further than ever before. In fact, Olley reckons that ‘the mile-high building is easily achievable—as would be a two-and-a-half-mile building’.

According to developers, we could begin to see this technology within the next year, as they have plans to test it in 2016… so watch this space!

Although this new technology could be introduced into our cities next year, it’s going to take a little while longer before enough buildings start adopting it for there to be a measurable impact on architectural practice and how our cities look. By 2030, however, enough new builds and existing structures will have had the opportunity to embrace magnetic lift technology for us to start seeing a shift in the way that things are designed. 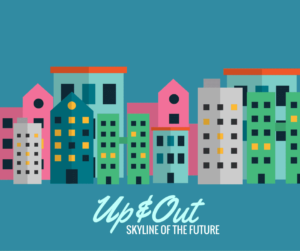 And it’s not just new heights, as the magnetic elevators also have the potential to move horizontally, meaning that paths can be carved through buildings as well as up and down them. This has enormous implications for accessibility, as a horizontal elevator could take people directly to a desired location, and also could allow buildings to be shared between multiple businesses more successfully.

These are also tipped to be great space-saving devices, as they do away with the need for a lot of the mechanisms that are currently a crucial part of keeping lifts going. With a lot more usable space, we might expect to see buildings become horizontally more compact, shooting up into the skies instead.

This year something pretty memorable happened when the Canadian company Thoth Technology were given a patent for their space elevator design. If this sounds like something out of a science-fiction story then that’s because it is; in 1979, Arthur C Clarke’s novel The Fountain’s of Paradise got people excited about the possibility of a lift that carries us right up into the stars. 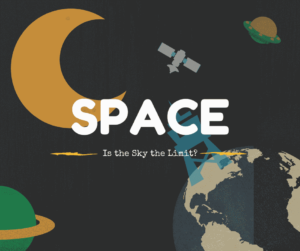 Rather remarkably, the technology that his characters used in building their fictional space elevator wasn’t so far off from some of the designs that are being presented as real possibilities for the not so distant future. Imagine how incredible it would be to find Clarke’s ideas becoming a reality less than a century after being written – and just in time to be seen by some people alive today.

An Elevator into Space?!

Yep – according to the forward-thinkers at future timeline, this could be a thing by 2075. But how on earth (sorry) could a space elevator actually work? Well, the most popular idea at the moment gets around many of the difficulties previously tied up in the idea of an elevator direct to space by only taking it up the relatively short distance of 12.4 miles, into the stratosphere but not all the way to geostationary orbit.

Astronauts and cargo could then get into more conventional space craft, making this design the best of both worlds – saving a lot of energy when compared with your typical rocket, but with a far more practical application than dreams of an elevator that actually stretches into deepest darkest space.

And the impressive range of details that Thoth have provided shows that they’re more than a little bit serious about this idea. They are already discussing the different possibilities for the carriages – with pressurised cars being a very popular option – and they’ve pitched the potential for using it in conjunction with everything from scientific discovery to space tourism.

It’s been almost 200 years since the invention of the very first elevators, and when we think about how far we’ve come since then, it’s not difficult to believe that the future has a lot of exciting developments in store… whether that means launching us into space or not!

Although we might not be there yet, we already have some incredible technologies helping us to fit compacted lifts into homes, add security to commercial platform lifts or even design elevators that enhance the aesthetics of modern buildings. It seems that, far from being the limit, the skies are just the beginning; as architects and engineers work together into the future, we’ll see elevator technology burst through the limits of what we once thought possible.