Amazing innovations can become possible with enough resources. One hundred years ago, many would have deemed the moon mission of ‘69 nothing more than a dream, but we know that enough resources can make those unreachable dreams possible. We wanted to know how money has shaped luxury lift design from around the world, so we’ve looked at some of the best lifts from the Orient, Europe and America.

The Bailong Elevator (Hundred Dragons Elevator) is a glass lift that is sure to set stomachs rolling for those of you who are scared of heights. In addition to being the most expensive, this lift is purportedly both the tallest and the heaviest lift to have been constructed.
The lift reaches a total of 326 metres in height and has a total of three carriages. The view from the top is utterly spectacular, allowing tourists to look out over the beautiful geographical features contained within the national park of Zhangjiajie. If you’re lucky enough to get a view from the front of the glass elevator, you’ll be sure to see something amazing. Unfortunately, you can’t guarantee a front row seat and could instead spend your trip squashed against the back panel.
Imagine if this were your home lift! You might first need to relocate your family home to a cliff-face, though. 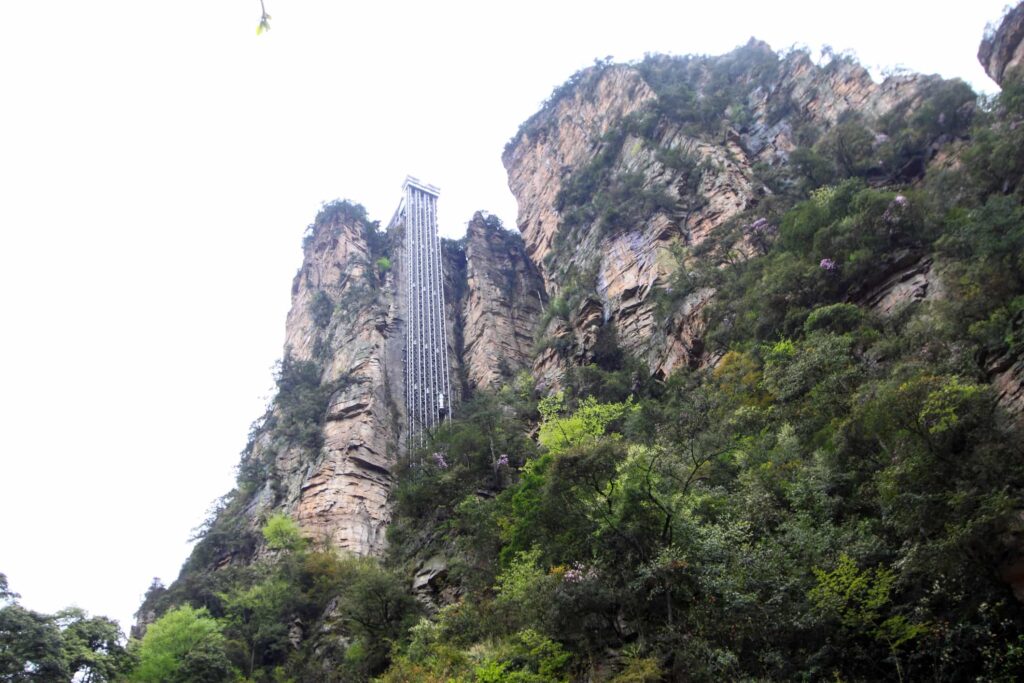 An expensive lift doesn’t necessarily make the most of the money required to build it. Just because something is the most expensive doesn’t necessarily mean that it’s the best. While the Bailong Elevator may be the most expensive, it certainly isn’t as luxurious as other less expensive lifts.
The AquaDom in Germany is one such example of a truly luxurious lift. Costing an entire £4m less than the Bailong, it showcases some real innovation in its design by sending the glass carriage travelling through an aquarium. Beyond the swimming fish, you can see the interior of the Blu hotel through the blue tint of the surrounding water.
You can experience the AquaDom through this video, though we highly doubt that anything could compare to a real ride in this show-stopping lift.

The Yokohama Tower lifts cost over 3.1m each and were the second fastest lifts in the world when they were built in 1993 and gave luxury travel throughout what was Japan’s tallest building until 2012. The Yokohama lifts carry their passengers up through the first forty-eight floors which contain a variety of retail stores before continuing up through floors forty-nine to seventy which are to a five-star hotel.
The Yokohama lifts may get quite busy during peak hours, but the lifts themselves are very elegant.

This lift in Switzerland looms above the clouds, overlooking picturesque mountain ranges. Unlike the AquaDom and the Bailong, the Hammetschwand is a relic from over a century ago – first opened to the public in 1905.
The Hammetschwand carries passengers up a total of 153m, which is half of that recorded by the Bailong. On the other hand, the Hammetschwand’s exterior design is far more aesthetically pleasing than the Bailong, proving that you need more than just nice scenery to make an expensive lift design worth the investment.

If you’re interested in learning about lifts which think about how their exterior can reflect their environment, you might enjoy reading about Axess2’s latest bespoke lifts in our case studies.

This is a lift which defies the word impossible. Some describe it as a tram, perhaps because it exceeds the typical vertical restraints of most lifts, in transporting its passengers horizontally along the arc.
Passengers are carried up one side of the arch, at which point they reach an observation deck. Following some time spent on the observation deck, passengers are then taken down the last leg of the monument to find solid ground once more.
Part roller coaster, part tram, part lift. The Gateway Arch might defy definition, but it definitely proves itself as one of the most amazing and expensive lifts to date. 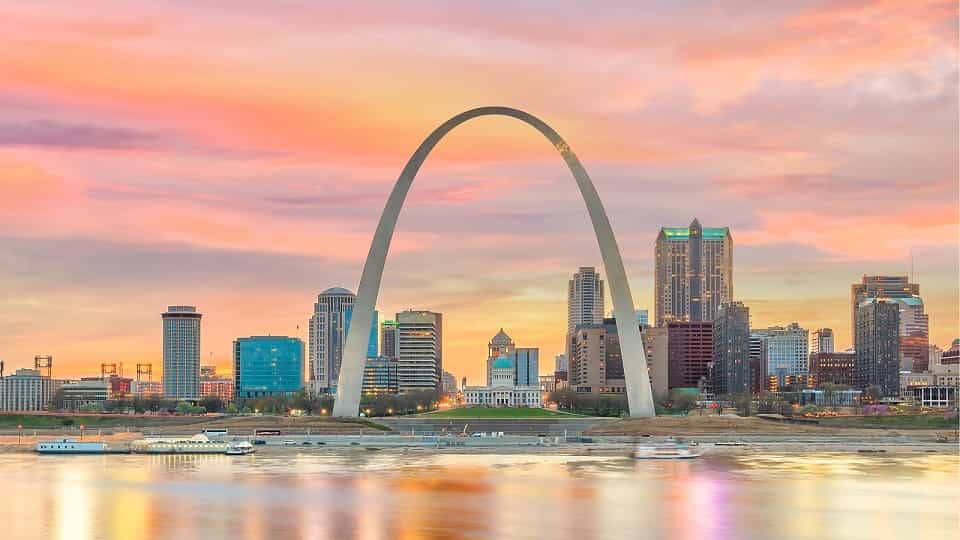 We’ve looked at lifts from across the world, starting in China, travelling to Germany, sightseeing in Japan, then stopping in Switzerland before flying over to America. We hope that these lifts have inspired you to begin construction on a version befitting the title of ‘Most Expensive Lift in the UK’, but in case these price tags seem a little too high for your budget, Axess2 are here to help you fulfil your dreams for a fraction of the cost.
If you own a business complex that could benefit from some improved accessibility, why not consider contracting Axess2 to brainstorm the ultimate commercial lift for your workplace?