WHAT IS A DUMBWAITER LIFT?

A dumb waiter – the silent servant, not seen nor heard. The earliest reference to such freight elevators can be traced back to Roman times, but today’s dumb waiters are a smart addition to any home or business.

Whether you want to deliver dinner from oven to table, between floors in a restaurant or bar, to lift groceries from garage to larder or to assist a disabled person in the home, all that’s needed is a 2 ft by 2 ft corner and a dumb waiter can be installed in pretty much every home and commercial premises. 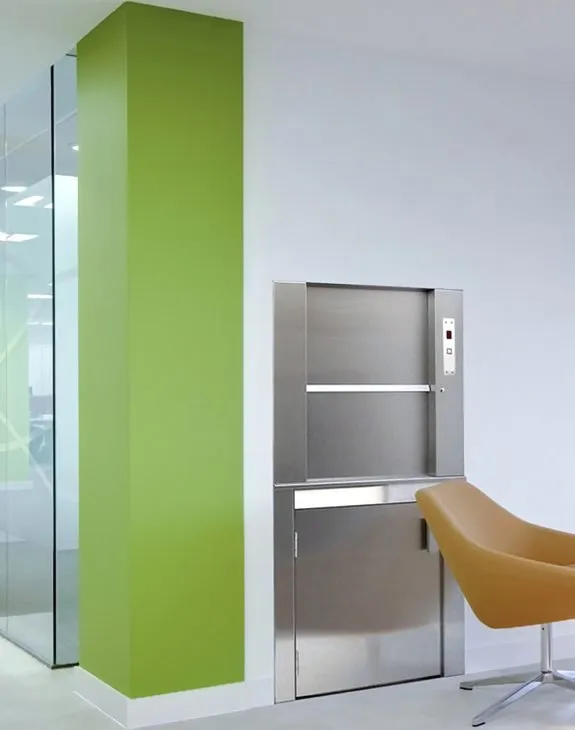 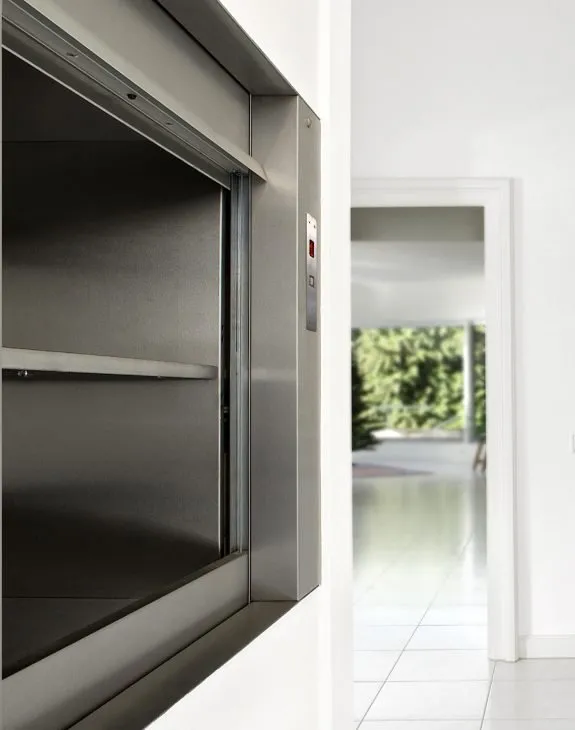 The rise of the dumb waiter

In around 200 BC an architect made reference to a dumb waiter-like device to be installed to carry goods. A similar device may even have been used to raise lions to the coliseum floors of the empire where petrified Christians and criminals awaited their fate.

It is thought that the term ‘dumb waiter’ was first used in the mid-18th Century. Lifts and trolley systems were installed in grand houses to minimise the need for servants attending to the rich and noble. This was as much a labour-saving measure as it was a means to prevent waiters from eavesdropping on conversations at the dining table.

By Victorian times, dumb waiters were extremely popular in the homes of the wealthy. Most often they transported food, wine and cutlery from the kitchen to the dining room but they were also installed to assist maids in their laundry duties.

Early dumb waiters were lifted by rope – either by human means or by the turn of a crank. The first mechanised brake system for a dumb waiter was patented by George W. Cannon in New York in 1883. Motorised versions began appearing in the 1920s.

Founding Father and third president of the United States, Thomas Jefferson, was a particular fan of the dumb waiter and popularised their use. Jefferson had numerous installed in his plantation and at the White House in order to avoid interactions with his enslaved staff.

The mechanics of a dumb waiter

In its simplest form, the dumb waiter is a frame with a floor that moves up and down via rope and pulleys within a passage built into the wall.

Today’s dumb waiters are powered by electronic motors and guide rollers to ensure a smooth and silent ride. They can be programmed to stop at each floor as required or just one. Intercoms allow communication at both ends and security tools are installed to prevent misuse and injury. The cabins can be heated or refrigerated, lit or unlit.

Benefits of a dumb waiter

The benefits of a dumb waiter are obvious to anyone who identifies a need to move stuff, and even more obvious to those who have them installed.

How a dumb waiter is installed

Because of the risks involved with moving parts, drops and gravity, a dumb waiter should only be installed by a professional.

It only takes a day or two to install a dumb waiter. The steps are, in brief, as follows: