The 3 Most Expensive Elevators in the World 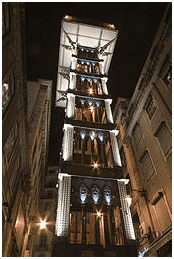 At only 148 ft, and with no particular speed to it, the price tag on this lift may seem rather unbelievable. Connecting a lower street in Lisbon to a square above it, the lift doesn’t even serve a particularly useful role. However, this historic lift, built between 1900 and 1902 has become one of Lisbon’s best tourist attractions and currently stands as the only vertical urban lift in the city. The elevator has some artistic merit of course, having a neo-Gothic style cast iron decoration, with each floor being unique from the others. Originally steam-powered, the lift has since been updated and is now powered by electricity. The best thing about this lift is free and comes in the form of the stunning panoramic views of the city that can be achieved from the viewing area at the top, including sights of the Castle of São Jorge, the Tagus River and the National Theatre D. Maria II. 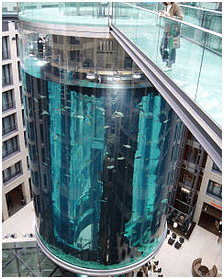 When they built the AquaDom lift in Germany they certainly threw out any old plans they had lying around. Unlike any other elevator in the world, the AquaDom is an 82 ft cylindrical, totally inhabited aquarium with a transparent lift located in the middle. Without even considering how impressive a totally submerged lift is, the AquaDom also holds the record of the largest free standing aquarium in the world. The aquarium holds 1 million litres of water and contains 1,500 fish from 50 species. With features like that it’s hard to believe that this lift didn’t cost a whole lot more. 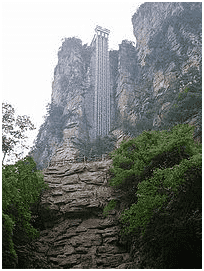 This lift is the second world record holder on this list, but it certainly didn’t stop at just one. Standing at 1,070 ft and transporting 50 people from bottom to top in a glass lift in just two minutes, the lift holds the records for the tallest outdoor elevator and the fastest sightseeing elevator in the world. Coming in at number one on our list, that’s another accolade the Bailong Lift can add to its collection. The lift is built onto the side of a huge cliff in Zhangjiajie, China and was constructed between 1999 and 2002.

Although the lifts we’ve looked at here are very expensive indeed, you can get a lift installed in your house for a much, much lower price. Here at Axess 2, we specialise in providing high quality lifts, whatever your requirements may be. For more information about our fantastic range of  platform lifts, contact us today on 01200 405 005.