Over the past couple of years, technology has advanced exceptionally quickly. We’ve seen the birth of the iPhone, iPad and iTouch, and have recently seen the likes of Siri and Cortana appear on the digital market as well. The progress into voice-activated technology seems to be a growing prospect for the digital industry, so what could we hope to see in the future? Voice activated lifts perhaps? 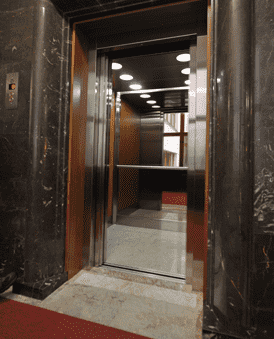 We can’t decide whether this is a super cool idea or a tragedy waiting to happen. If the inventors of the digital industry can create computers which can type out what you’re saying; if they can build phones that can answer your spoken questions, and create cars that can drive themselves, then what’s stopping them from introducing voice activated elevators? It’s perfectly possible and well within our reach, it’s just a matter of time! Before you all jump for joy at the prospect, however, here are a couple of issues we currently have with voice recognition technology.

Yes, it’s a pain for most and when the first voice activation system came out many found themselves perplexed and gradually more and more irritated at its inability to understand different accents. A couple of years on, and this small problem still hasn’t changed.

You need to speak loud and clear

In order to overcome the accent barrier, you have to speak loudly and clearly in order for the system to understand what you’re saying. This sucks if you have a sore throat, and what if you’re tongue tied? Have you ever asked Siri or Cortana a question about the weather, only for them to give you an answer about the illustrious history of teabags? It doesn’t matter how loudly and clearly you speak, if you start getting irritated, the system just won’t understand you.

It picks up background noise

Do you remember the very first voice-activated technology? How many times did you have to command people around you to be quiet before your device could identify what you were saying from your friends? How annoying would that be in an elevator?

What if you don’t speak the same language as the lift?

We’ve all used lifts in different countries, and sometimes, in countries such as China and Japan, it’s a little hard to tell which button you’re supposed to press. Well, until the manufacturers install a language button, you really are going to have to become bilingual.

In our current society people are looking for new and improved means of technology every day. Considering the problems we currently face with voice-activated devices, let’s hope they leave our lifts alone – at least until they find a way to help them understand us. In the mean time, for something a little less stressful, our passenger lifts are more than capable of getting you to the floor you want. To know more about how our perfectly non-irritating lifts can benefit your workplace and home, contact us on 01200 405 005.