SPOTLIGHT ON: DEBILITATING DISABILITIES (PART ONE)

There are many reasons that an individual may need the help of our disabled access lifts; whether it’s a temporary injury that makes getting to upper floors of a shop very difficult, older age making moving around a little harder than when they were younger, or a disability that has made getting around near impossible. 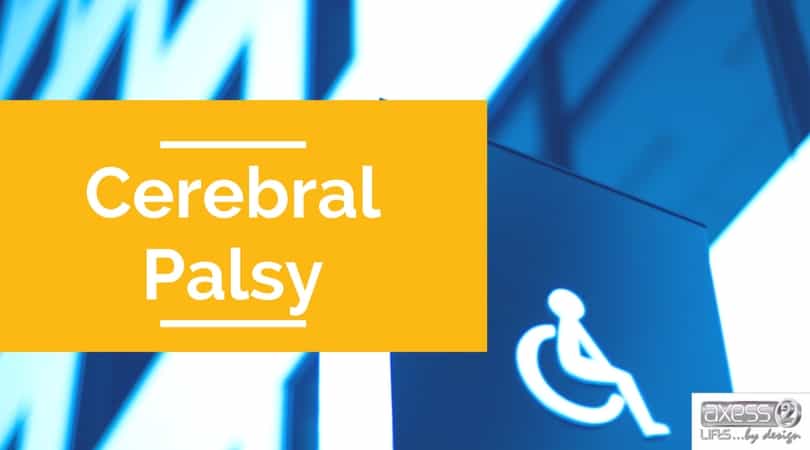 Around one in 400 children are born with cerebral palsy. The term covers a variety of disorders that are classed as neurological, and can severely affect the individual’s movement.

Cerebral palsy can affect people in varying ways, and no two people will be affected exactly the same. This makes treatment very difficult to generalise, and will be conducted on a patient-to-patient basis.

It is usually spotted during the first three years of life, and can be recognised by various symptoms, depending on the types of cerebral palsy:

There are four main types of cerebral palsy:

Another condition which can be incredibly debilitating for sufferers is ataxia; a lesser known disorder which results in a dysfunction of the body’s nervous system and therefore affects mobility and movement.

Ataxia can be a genetic condition, but there are rare cases which can be caused by other conditions such as hypothyroidism, heart attacks later in life or strokes, but environmental factors can come into play, such as radiation poisoning, or even in very rare cases, alcohol abuse.

People with ataxia can have a variety of symptoms, including:

There are three main types of ataxia:

Another group of conditions that drastically decrease the mobility of their sufferers are the muscular dystrophies. These inherited genetic conditions are primarily focussed on the muscles, causing them to weaken over time, eventually affecting the more important muscles in our bodies, such as the heart and chest muscles, which makes the condition life-limiting.

There is no cure available for the conditions under this umbrella term, but there are methods of treatment that can help manage the sufferers symptoms.

Muscular dystrophy is a progressive condition and is caused by mutations in the genes which are concerned with the function and structure of the bodies muscles. It is seen as a hereditary condition as most cases run in families, through a faulty gene from one or both parents. More than 70,000 people in the UK muscular dystrophy or a similar condition.

There are many different types of muscular dystrophy, but some of the most common are:

These are just some of the conditions that affect our client base, but there are many more disabilities that deserve to be covered. Be sure to check back on our blog and find out more about each one over the coming months.