Largest and Smallest Lifts in the World

There’s a great variety of lifts that you could be choosing from, whether you’re looking for your business’ next ease of access, or a focal point for your home. Would you want the world’s biggest lift in your home? Can you imagine squeezing into one of the smallest lifts ever created with your work colleagues? This article will help you to decide which is the best lift for your establishment.

The Smallest Lifts in the World

That’s right, the smallest lift in the world is the classic dumb waiter lift. These are used by hotels, restaurants and kitchens in order to transport food efficiently between floors. This means that the serving staff aren’t getting overworked as they dash up and down stairs with your food. It also reduces stair-related accidents with busy waiters holding armfuls of food. The dumb waiter truly is revolutionary.

Somewhere in Paris there’s a passenger lift that appears to have been created on a very small budget. This lift can just about carry two individuals, but you would probably have to suck your stomach in, if you wanted to fit. This lift is extraordinarily narrow and unsuitable for anyone who experiences even the mildest claustrophobia.

Apparently, small lifts like this one are a fairly common occurrence in Paris; you can find multiple complaints online about tiny elevators in a variety of buildings across the city.

The Qube is the smallest passenger lift available from Axess2. This is the perfect home lift, managing to be both compact without being ridiculously tight. It can support between one and three passengers – depending on which model you desire – and has a travel height of thirteen metres. For an idea of its cabin size, we like to describe it as ‘no bigger than a conventional wardrobe’, making the Qube quite easy to introduce into your home.

Like all of our lifts, the Qube is equipped with modern safety measures to ensure that your ride is stress-free and simple. Even better, it is constructed almost entirely out of recyclable materials and is rated A for energy consumption, the best rating possible. 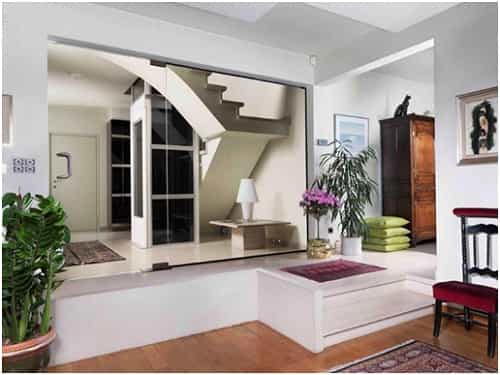 The Largest Lifts in the World

The largest lifts in the world are a real sight to behold; with some travelling over a hundred metres and others large enough to hold a wedding in, these are some lifts that you don’t want to miss.

The Three Gorges Dam in Hubei, China, is currently toted as the world’s largest lift. The dam reaches heights of six-hundred feet that was previously very difficult for ships to navigate. With this funky, industrial-sized lift, however, travel time is reduced by almost eighty percent. This over-sized lift can heft almost 304,000 kilograms, which is around 40,500 people.

Also claiming to be one of the largest lifts ever, this commercial lift for high rise businesses in dense populations has brought joy to the Umeda Hankyu building in Osaka, Japan. Unlike the Three Gorges Dam lift, these lifts are designed for transporting people and can carry eighty people per car.

With five cars being installed in this building, the total number of people taking these lifts at any one time could rise to as much as four hundred. These lifts are incredibly spacious and include glass windows so that its passengers can look out over the city of Osaka during their ascent.

At Axess2, we seek to provide you with suitable lifts for your establishment. Our passenger lifts can carry up to five-thousand kilograms, which is the combined weight of over sixty people. You can expect our larger lifts to be more expensive, owing to the head and pit room required, but they come with their own advantages. Some of our passenger lifts, for example, can travel at speeds of two metres per second.

If you’re looking for something a little smaller and more cost-effective, we recommend our Traction 600 Galileo Lift which can carry a total of eight people. In certain circumstances, the Galileo may even be available as a Machine Roomless Lift (MRL), making it the most space-effective lift you could choose. 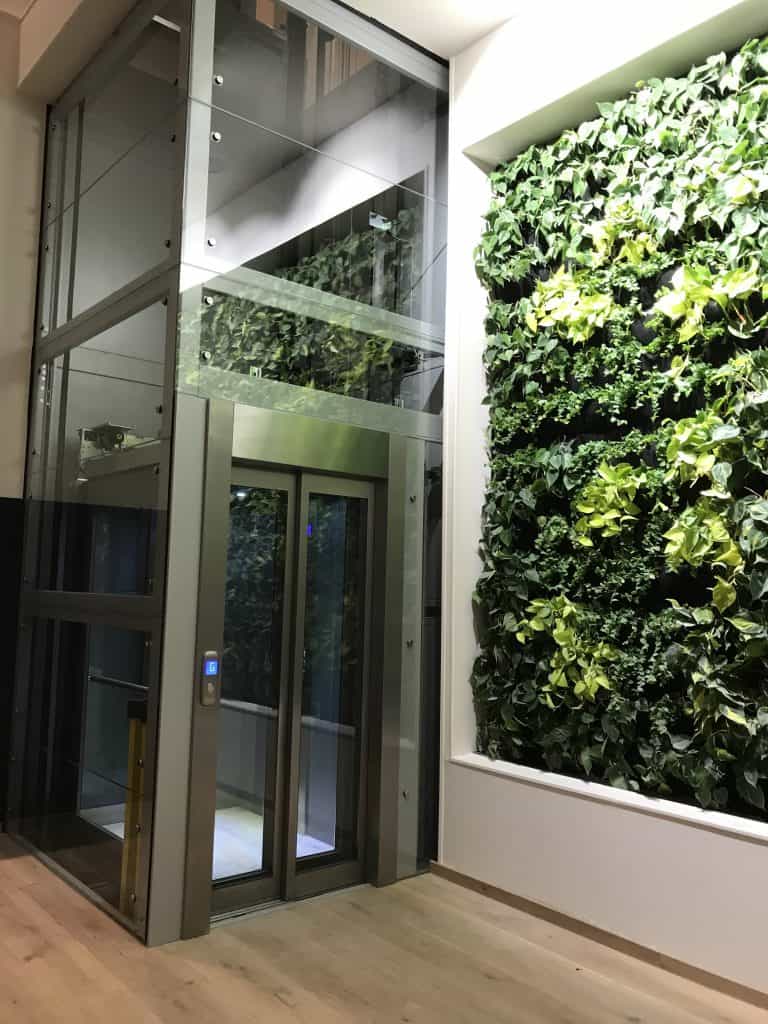 If you’re travelling to Paris, Hubei or Osaka in the future, you might want to check out some of these famous lifts for yourself. If you have any queries about installing your own unique lift, get in contact with us to find the best solution for your home or business. We have worked to provide the best experiences for plenty of famous brands, including Next, Omega and McDonalds, so you can trust us to provide you with the best commercial lifts.