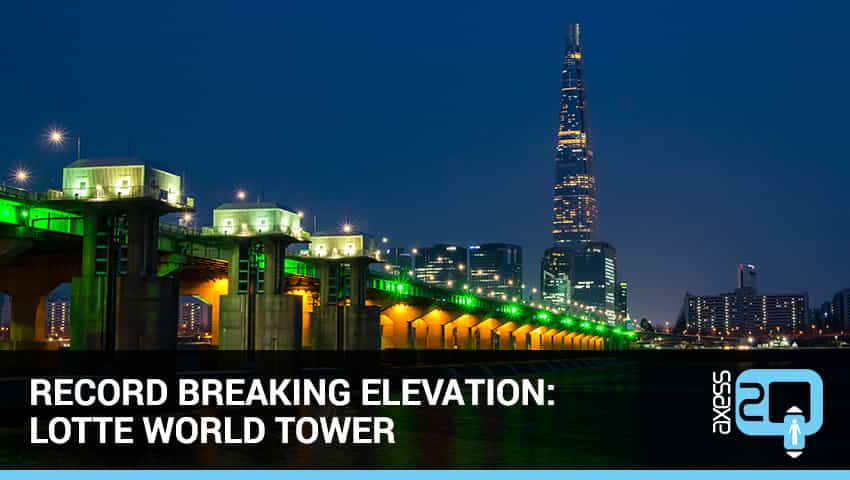 After six years of strenuous construction, the Lotte World Tower has finally been built. If you take into consideration the design, planning, the labour, the interiors and of course the finishing touches, this project has been one big lift in architecture and engineering.

From its grand opening, the tower has set three world records, as its 555 metres (1,820 ft.)  soar over the Seoul skyline. It is now not only the highest building in South Korea but the fifth tallest in the entire world. Trumping the Three IFC Office Tower by almost 300 metres, it is also home to the highest glass-floored observatory at 478 meters (1,568 ft.). Amongst all these fascinating factoids, its biggest accomplishment is, of course, the lift… 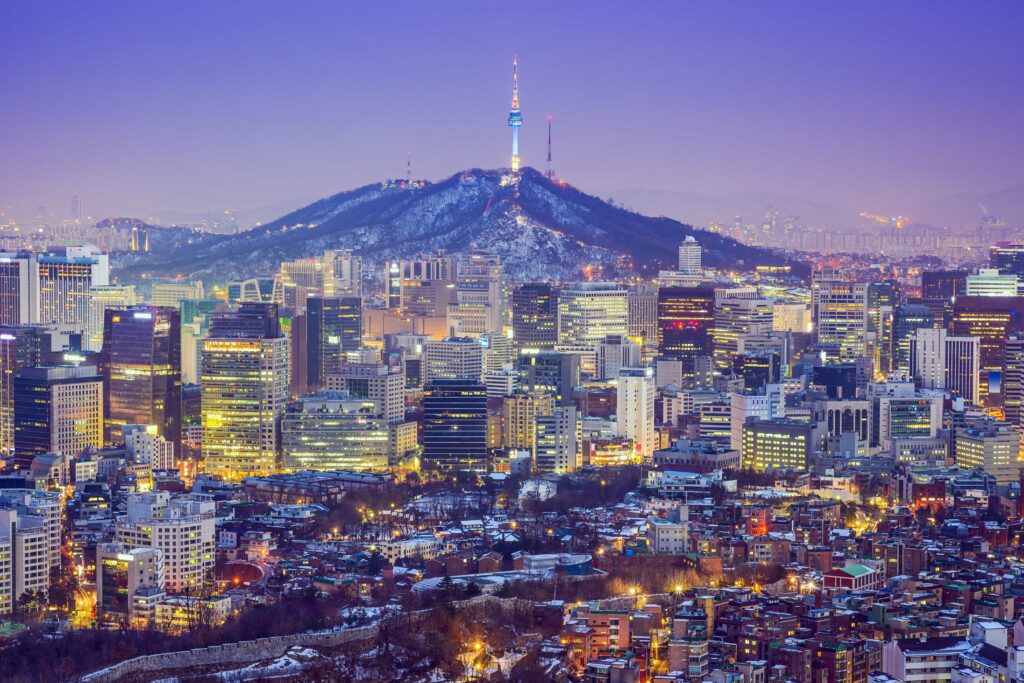 Sky Shuttle to The Stars

With such a tall building, you may be thinking… how many stairs? But, this is where the engineering miracle of the lift comes in handy. The Lotte World Tower holds the tallest and fastest lift. Not only this, but its speed limits are reached by a double decker carriage. It can whisk from the basement to the 121st floor in just one minute, which works out at approximately 10 meters per second. To add to this elevated design, at the top of the tower, visitors can take in the sights of Seoul and its vast urban delights. The other skyscrapers will look tiny from way up there.

The speedy cabin consists of two separate lifts attached on top of each other, but carries its passengers at the same time. This towering construction isn’t the only building which has this double-decker lift. Other famous structures include the Canton Tower, The Petronas Towers, the Eiffel Tower and the Burj Khalifa; all of which are remarkable monuments. Does that mean the Lotte tower is already in the same category as these?

The average lift holds around 10-20 people, sometimes maybe a push for more, whereas the Lotte Double Decker lift boasts more than twice the capacity of this average; each cabin is able to hold 52 passengers each. That’s 104 passengers who can fly up 121 floors in a minute.

What Wonders Does It Hold?

The cloud reaching tower directly connects the basement with the top floor. The floors in-between the basement and the airy sky views hold many other wonders. From a seven-star hotel to a complex of office spaces and a huge shopping compound, this lift can take you to places like never before.

Not only this but, as you take your one minute journey to levels beyond, the cabin feels almost like a video game. 15 OLED screens give you a virtual tour of Seoul itself.

Axess2 is constantly looking for new innovative designs and keep on top of the latest engineering marvels. If you would like to know any more information about any of our innovative lift designs, we can find the perfect fit for you and your needs. Simply get in touch with a member of our team and we will help elevate your project.