London Buildings: How Did They Get Nicknamed?

Creativity is essential in designing an innovative building, and makes for very interesting shapes and sizes. Not surprisingly, once a building has been constructed, or even during its construction, the features that make it original and different from any other building are also capable of evoking strong reactions from people. This is one of architecture’s greatest feats. Being able to stir up emotions, good or bad, is the mark of a great piece of art, and every masterpiece needs a name. Buildings are the same.

Even though they have proper addresses and names, landmark buildings still tend to be nicknamed, due to their physical features, and London’s tallest buildings are no exception. Some of the most popular buildings in London with peculiar names include: 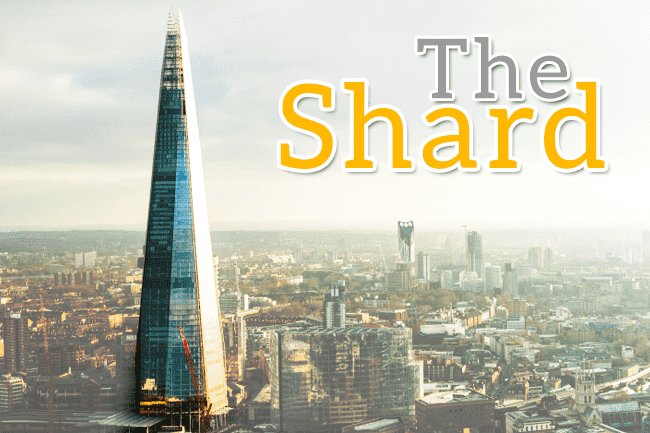 This skyscraper was designed by architect Renzo Piano, who was inspired by the railway lines next to the building site, the London spires and the masts of ships. The Shard has 87 stories and is the tallest building both in the UK and in the European Union; without the UltraRope technology for lifts, as we’ve mentioned before, people would have to change lifts 10 times to be able to ascend to the top and enjoy the amazing view of the city.

Piano probably didn’t think his building would end up being called the Shard. People who didn’t want it built – probably because it dominated the view in such a bold way – said it would be like having a ‘shard of glass through the heart of historic London’, due to its shiny windows and sharp profile. Piano embraced this and ‘shard’ became its official name. 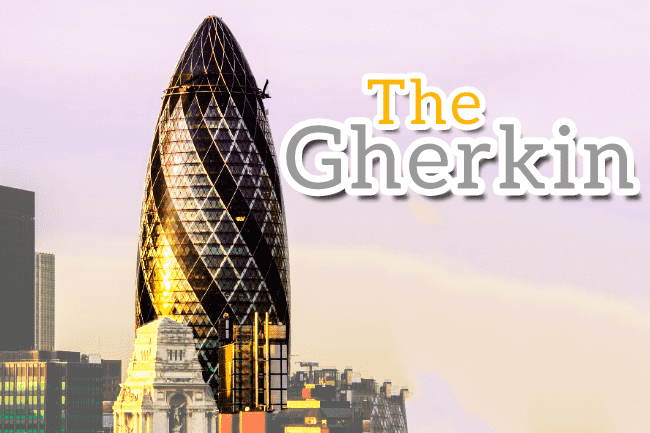 While Shard is a strong, sharp name, Gherkin is not quite as inspiring, but having to constantly refer back to its original address, 30 St Mary Axe, might not be as practical. The Gherkin is a commercial, neo-futuristic building that you can see featured in the TV series ‘Sherlock’, in the introductory credits:

It was built by Skanska, a construction and planning company based in Sweden, and uses energy-saving methods that allows it to consume only half the power it would need otherwise. One of them is the use of the windows to allow sunlight in and keep the cost of the lighting down. The tower uses a double glazing system that cools the building during summer by carrying the warm air outside, and passive solar heating to warm it in the winter. 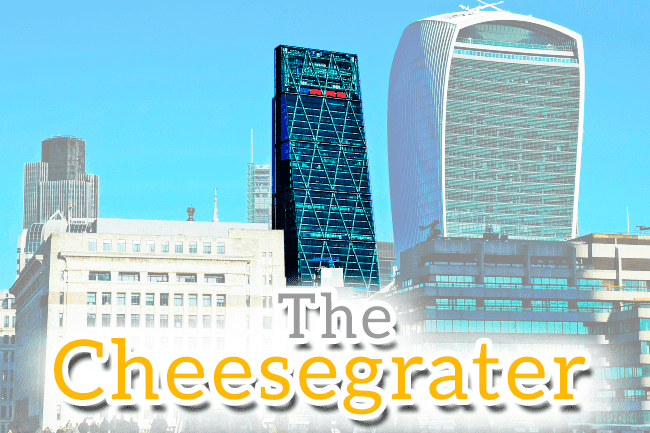 The Leadenhall building was built by Richard Rogers and is 225 meters high with 48 stories. It got the name Cheesegrater after a city planner saw the model and said that he could imagine his wife grating parmesan on it. It has this specific design, including the slating as it goes up, because otherwise St Paul’s Cathedral would have been cut off from sight. This way, when standing in front of the Leadenhall building, the cathedral is still visible and the sight-line is not disturbed. 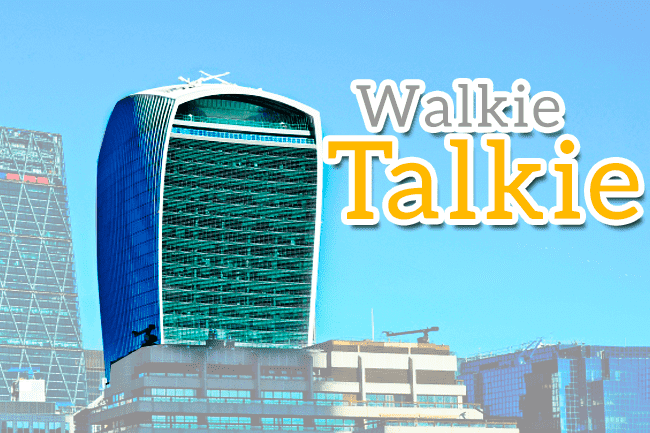 This building was designed by Rafael Viñoly and, because of its distinctive bulging shape, it got the nickname of Walkie Talkie. However, due to the fact that it reflects so much sunlight onto the streets that it’s been accused of melting cars, it might have to change its name to something more appropriate. To prove how much heat it can give off, someone even fry an egg on the pavement nearby: 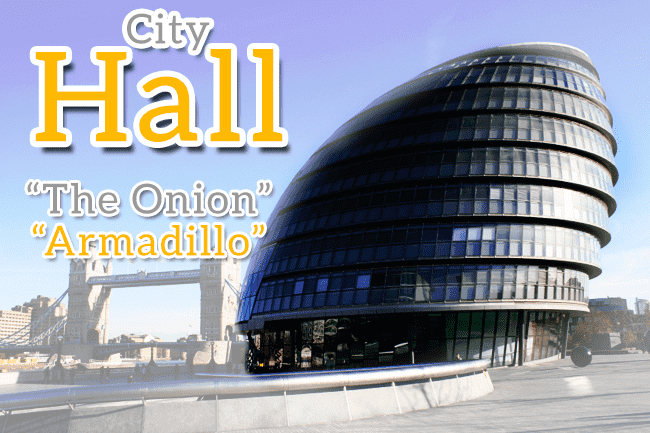 This building might not be as tall as the others at only 45 metres, but its nicknames are varied. The Greater London Authority has its headquarters here, as well as the Mayor of London and the London Assembly. It was designed by Norman Foster, and its rounded shape has been compared to a woodlouse, an egg, an armadillo, an onion, and many more.

So What Makes a Good or Bad Name?

It seems buildings get their nicknames mainly because of their physical characteristics, which tend to be different from other buildings around them. Some, like the Heron, get their names because of the architectural firm that designed it. 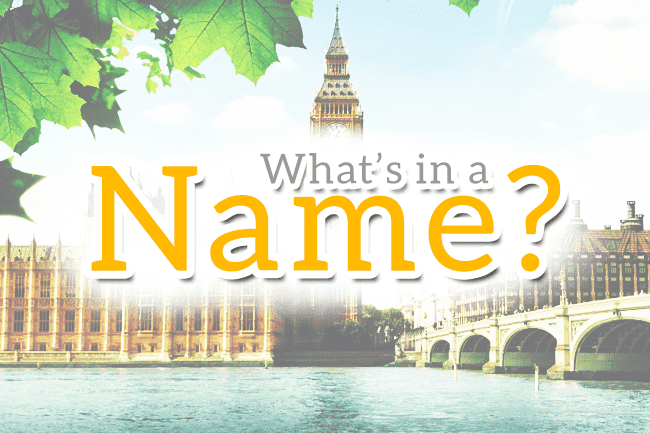 We tend to think that bad names are names like the Gherkin or the Cheese Grater, because the image that comes to mind isn’t normally associated with architecture. But precisely because of that, people tend to be curious to see what the building really looks like.

Mention them to anyone in London and it’s likely they know exactly what you’re talking about. If a building is created with such a bold and creative design that people will nickname it, sometimes even before the construction is finalised, then it’s doing something right. Architectural innovation is all about originality and being different from what is already out there, and that makes people talk.

So a name might have negative connotations, or be used in a pejorative way, but the truth is that a nickname, good or bad, can bring publicity to a building, and even get it known worldwide. And the future is bright. There are 230 new towers over 20 stories tall to be built across the capital, so London’s skyline will rise even more in the next few years.

For more information on buildings and how they get nicknamed, or if you want to know more about our services and products, like our platform lifts, don’t hesitate to contact us or call us on 01200 315 025. We’re also present on social media, so follow us on Facebook, Twitter and Google+ for our latest news and updates.