Axess 2 Install 5-stop Lift in Glass Shaft, While The Restoration Man Films On

October 12th, 2015 – Axess 2 heads out to install a five stop lift in a glass shaft for the water tower in Harrogate, but what we weren’t expecting was a visit from the Restoration Man himself, George Clarke. You might remember that back in January, it was announced that a derelict water tower near Harrogate was going to be turned into a dream home for a Leeds couple, and then later that month, the building was featured on Channel  4’s The Restoration Man.

A revisit today at the beautiful water tower in Pannal, Yorkshire…it’s incredible! New series of… https://t.co/JHnCzwYFJw

The water tower itself has had an incredible journey, from being completely abandoned to being turned into one of the finest pieces of architecture in the past ten years. That was all due to the couple who decided they’d had enough of living on a single floor- changing from their safe, cosy bungalow to taking a giant leap and purchasing a four storey relic. 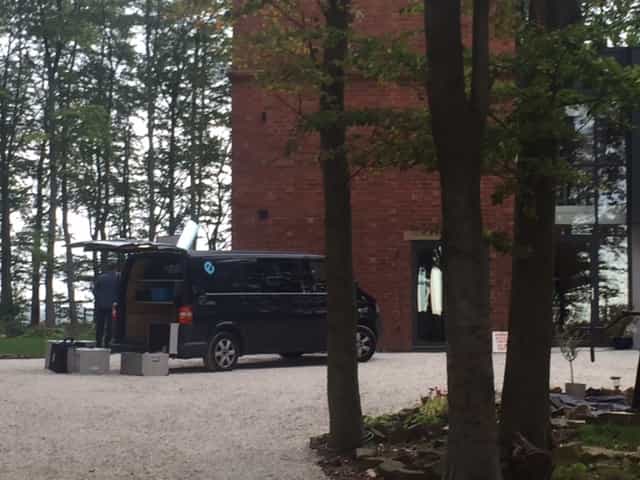 When Carol and Majid Nadry originally spoke out about the change of scenery, Carol expressed a lot of concern about the amount of stairs they would have to climb to access the upper levels of their new home, saying that a lift would be “essential”. However, said lift was not able to be installed until the renovation was complete, and today was the day Carol could breathe a sigh of relief.

So what did we install into this beautiful home, well none other than one of our finest 5 stop glass lifts! This particular lift will not only take the stress out of climbing the stairs for both Carol and Majid, it also looks absolutely stunning, adding to this picturesque home, which once inside, embodies the definition of everyone’s dream home. 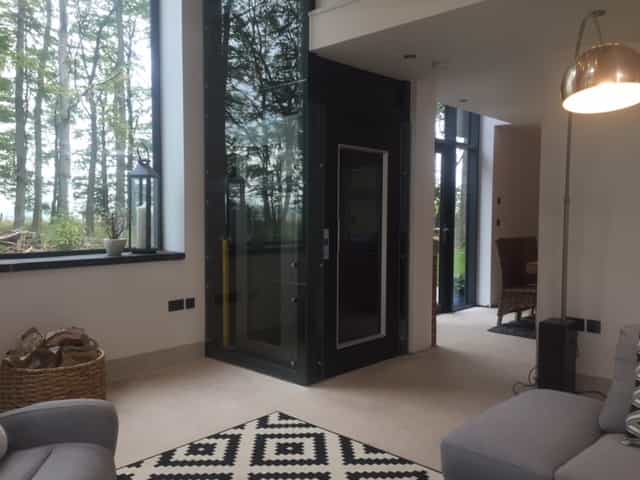 It is because of this magnificent journey that George Clarke finds himself back to the water tower which, in its abandoned state, once appeared as if it was going to feature on Britain’s most haunted places or something. Now however, it’s the belle of the architectural ball and it’s been hard to contain our excitement for being part of this amazing re-innovation, especially when we’re providing something the couple have been wanting for such a long time. We can only wish them the best of luck in their home, along with a natural jealousy of being able to live in such a palace.

The new series of The Restoration Man is coming soon, and you’ll be able to see this magnificent piece of architecture for yourself!

A revisit today at the beautiful water tower in Pannal, Yorkshire…it’s incredible! New series of The Restoration Man coming soon

If you’re tired of the stairs in your home and want a simple solution, we provide some of the best glass lifts on the market. For more information, contact our team on 01200 405 005 and one of our team will be happy to help!